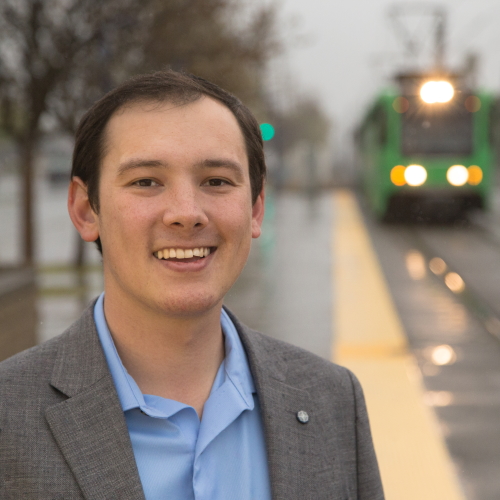 The City of Sacramento has a Vision Zero Goal to eliminate traffic fatalities and serious injuries by 2027. One key component is to make cycling a safer and more attractive transportation choice for riders of all ages and abilities. To protect cyclists from motorized traffic and increase rider comfort, Sacramento recently implemented the City’s first parking-protected bike lanes.

A “parking-protected” bike lane places cyclists on the roadway next to the curb. A parking lane is located between the travel lane and the bike lane, providing physical separation between cyclists and motorized traffic. A 3-foot striped buffer between the parking lane and the bike lane further protects cyclists from the “dooring” threat. This project originated from the Central City Transportation Plan (Grid 3.0) project. While still relatively new to the United States, the parking-protected concept has been deployed successfully in other northern California cities, including Oakland and San Francisco. The Sacramento project included portions of 10th, P, and Q Streets in the downtown core. 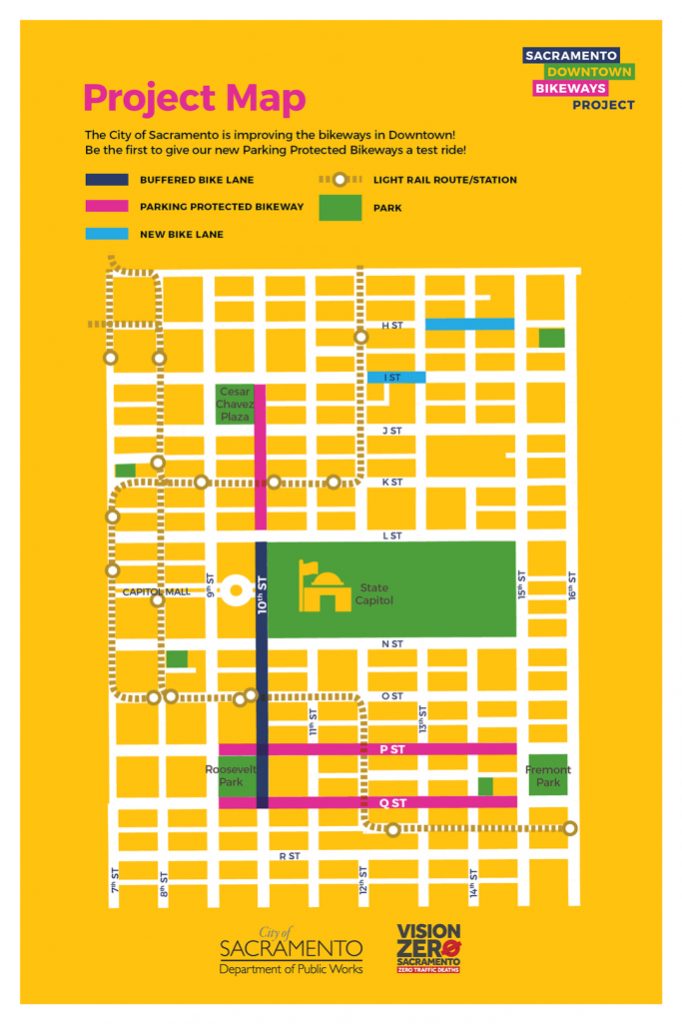 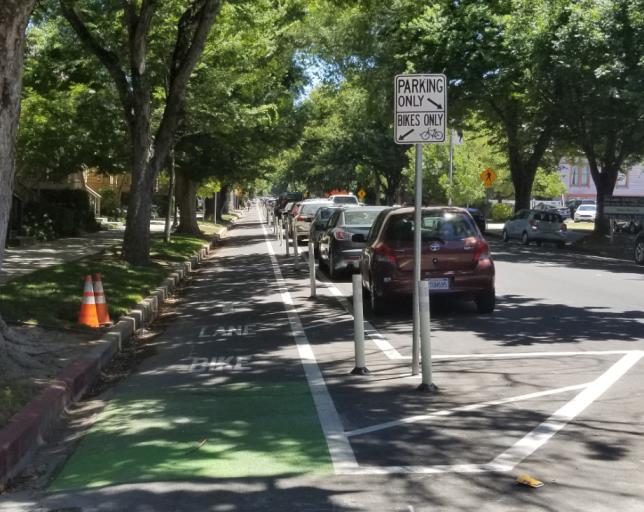 All three roadways are one-way streets, which were given a road diet from three to two lanes to reallocate space to the bike facility. On one-way streets, parking-protected bike lanes can be located on either the right or left side of the roadway. Design considerations such as transit stops and heavy turning movements for motorized traffic resulted in left-side bike lanes on P and Q Streets and a right-side bike lane on 10th Street. Other notable design features include:

Implementation started out with a pilot demonstration on P Street between 13th and 15th Streets. City forces simulated the proposed configuration, including a lane closure and installation of temporary striping and delineators. The project team conducted field interviews of drivers and cyclists to gather feedback before constructing the permanent installation.

While the project is only a year old, there is anecdotal evidence of greater rider comfort and safety, translating into increased cycling along these corridors. Pedestrians also benefit from the reduced number of travel lanes at crossings and a greater number of cyclists and scooter riders correctly riding on the street instead of the sidewalk. The City plans to next extend the P and Q Street project from 15th Street to 21st Street, as well as add a new parking protected facility on 9th Street between H and Q Streets. 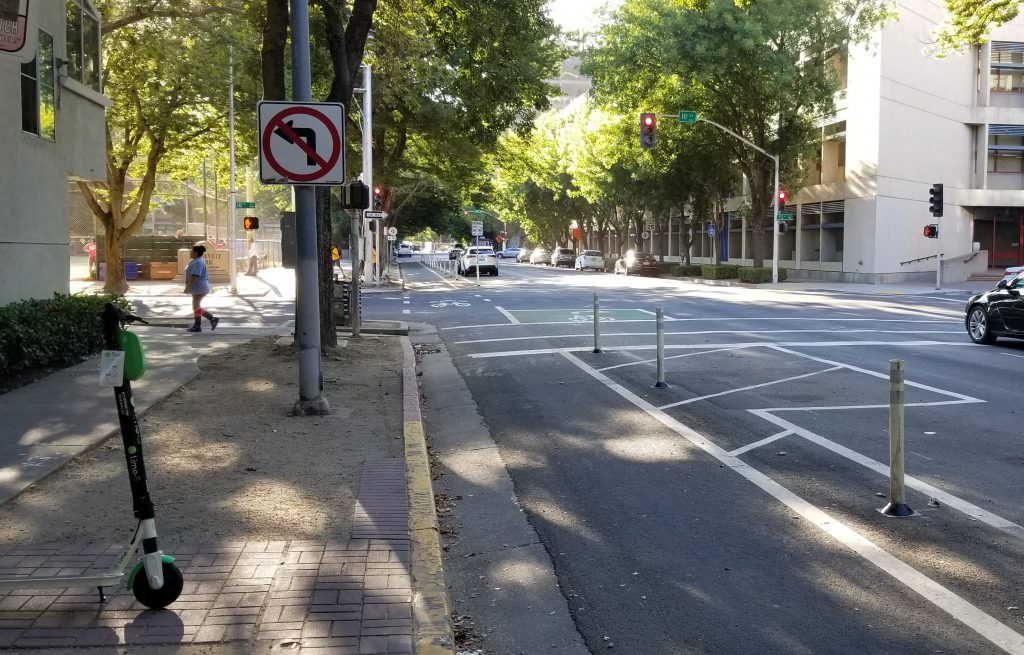 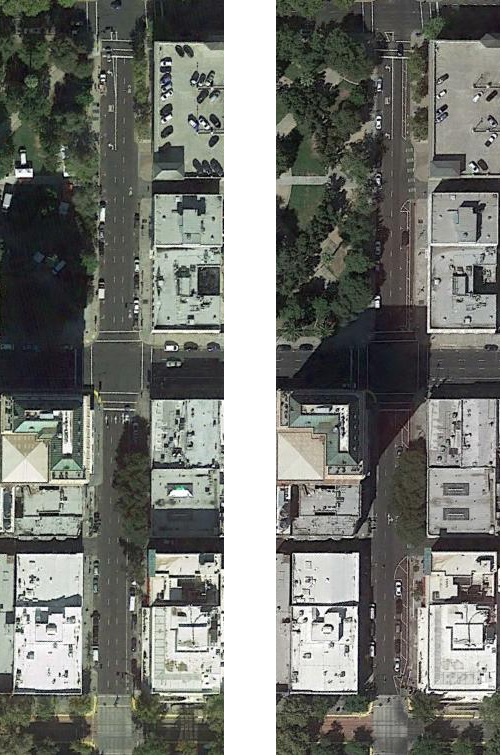 10th Street between I Street and K Street, Before and After (Source: Google Earth)