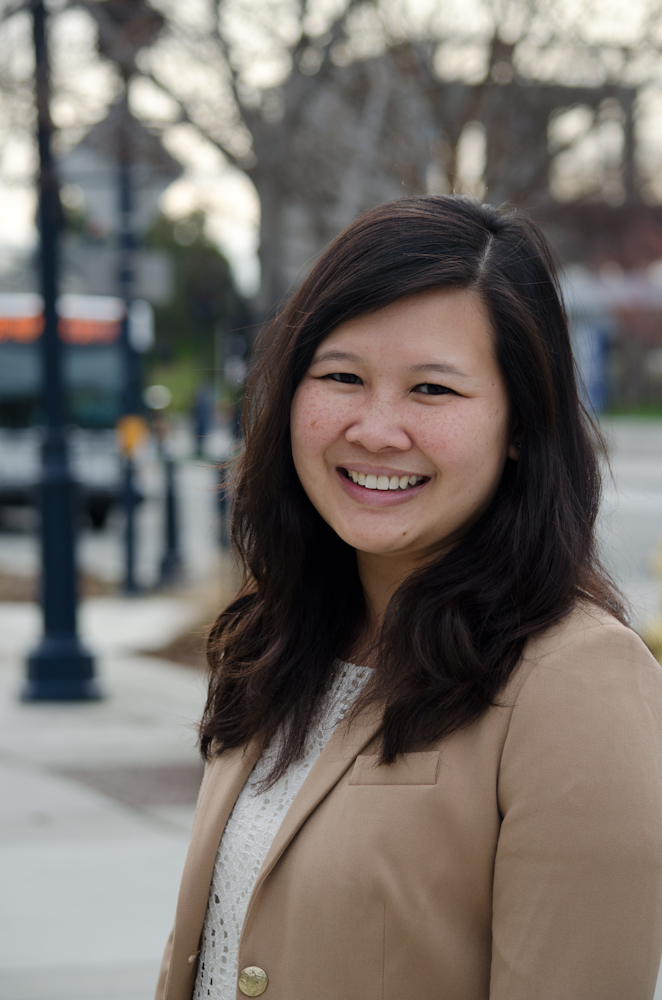 The January-February spotlight was written by Kimberly Leung, former Student Funding and Initiatives Committee (SFIC) Chair and one of our newest Visionary level contributors to the Endowment Fund.

After being elected to the Western District Board, I was asked by our new SFIC Chair Ashley Kim if I wanted to take some time to reflect and share my thoughts on the Endowment Fund. In the seven years that I served as the Student Endowment Fund Chair, which later became the SFIC Chair, I’ve spoken with countless students about the impact that ITE has had on me. Now, I’m grateful for this opportunity to share with a wider audience about the immense value of supporting our students.

I attended my first District Annual Meeting in 2009 with the UC Berkeley Cal ITE student chapter. Using the funding we received for hosting that year’s Kell Competition, we were able to send our small officer board of four students to Denver for our first Annual Meeting. The following year, Cal ITE was awarded one of the five Data Collection Fund projects and was able to provide financial support for a large contingent of students to attend the District Annual Meeting just across the Bay in San Francisco. As a student, I was not only excited to be able to attend these conferences without worrying about my expenses but also intrigued by something very unique about the District Annual Meetings that encouraged me to continue attending each year – the programs dedicated specifically to students. It was only when I was appointed as the Student Endowment Fund Chair in 2013 that I realized that the Kell Competition and Data Collection Fund were just a few of the many Student Initiatives funded by the District’s Endowment Fund.

Some of my early memories as a student at District Annual Meetings include people like our International Past President Randy McCourt and Western District International Directors Cathy Leong and Mark Spencer. In Denver, I met Randy, who put me to work immediately. He handed me a roll of stickers to promote the upcoming District Annual Meetings and sent me around the vendor hall to put them onto everyone’s badges. Little did I know that such a minor experience was one of the first steps in developing soft skills, like networking, that would help me later in my career and ITE. Mark likes to remind me that when he first met me, I was this ball of energy that was just overly excited about everything in ITE, and I like to still think I am. When he chaired the 2010 San Francisco meeting, Mark had me help with coordinating student volunteers. At the time, I was still a student but boldly told him that I would one day chair my own meeting, which I did in 2019. I remember Cathy as the one who was promoting the Endowment Fund in the vendor hall, and I left Denver with a temporary ITE tattoo on my arm, wanting to do more with the organization. When I saw Cathy at meetings in the following years, I shared that with her, and she definitely heard me. When she was elected to the District Board, she recommended me to take over as the Student Endowment Fund Chair, allowing me to do so much more with our students than I ever imagined that I could.

I’ve been asked so many times the reasons I spend my time on ITE, and it’s simply the people and the students. Even as a student attending her first District Annual Meeting, I was immediately able to see that the District, but more specifically its members, was willing to invest in me and all of its students. I directly received the financial benefits of the Endowment Fund when I first joined ITE, even though I didn’t recognize it at the time. Even more importantly, many ITE professionals genuinely wanted to support, mentor, and build relationships with the students. There are not only funding and award opportunities specifically for students each year, but also an entire technical track scheduled in the District Annual Meetings with sessions for students. Our Career Guidance Chair, along with many of the District’s professionals, serves to help with resume reviews, speed interviews, panel discussions, and more. There’s even a core group of us who subject ourselves to performing in silly, over-the-top, yet educational skits at every meeting. Having been involved with these sessions year after year, I have been able to see many students attending our meetings as part of a student chapter, and it makes me so proud when they graduate and join for meetings not only as working professionals but also ones who volunteer their time to give back to ITE students.

In my last year as the SFIC Chair, my committee included Kayla Fleskes from Oregon ITE, Ashley Kim from SF Bay ITE, and Brandon Wong from Riverside-San Bernardino ITE. They were all student chapter Presidents at one point, and many of them were also part of planning committees for Student Leadership Summits hosted by their schools. I encourage you to ask these three young professionals about their transition from student to working professional and their reasons for continuing to volunteer their time with ITE at the Section and District levels. I’m confident that they will reflect fondly on their time as student members at our District Annual Meetings. Now that I think about it, it was almost six years ago that I went to San Luis Obispo to give a presentation to Cal Poly ITE about my work at the SFMTA. On that very same day, Ashley, who was a student at the time, messaged me to thank me for speaking to their student chapter. Since then, Ashley joined my SFIC committee, became my co-worker at the SFMTA, and is now the new SFIC Chair. It’s amazing how it all comes full circle.

During my time as the Student Endowment Fund Chair, I celebrated with all of our District members as we worked collectively to finally reach the $500K milestone for the Endowment Fund in 2016. This achievement secured a stable funding source, opening up more possibilities for how we wanted to support our students. From sponsorships for the Student Leadership Summit to Regional Travel Scholarships for the Annual Meeting and everything in between, the District’s Student Initiatives continually evolve. What firmly remains the same, though, is the Western District’s deep commitment to the students. This dedication to the next generation of young professionals is by far one of the most defining values of our District, and it is also what drives me to do the work that I do within ITE. Please join me in supporting our students whether making a contribution to the Student Endowment Fund or volunteering your time. Contributions to the Endowment Fund can be made at https://westernite.org/endowment-fund/endowment-fund-contribute/