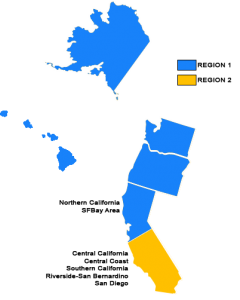 The Western District Board is seeking nominations of qualified candidates for Secretary-Treasurer and International Director to run in the June 2020 election. Secretary-Treasurer nominations can be submitted for individuals from Region 1 (Alaska, Washington, Oregon, Hawaii, Northern California, and SF Bay Area) while International Director nominations can be submitted for individuals regardless of where they reside. Anyone who would like to submit a nominee for consideration, or who would like more information about the election process, should contact Western District International Director Cathy Leong. Nominations will be accepted until December 1, 2019.  Please note that information regarding Mountain District elections will be shared with their members at a later date.