It’s an exciting time of year for the Western District.  Candidates have recently been announced for the officer and international director positions, and their statements are presented below.  As of right now, there are only 123 days, 21 hours, and 44 minutes until the joint Western-Midwestern Districts’ Annual Meeting in Rapid City, South Dakota.  And the first Western District Student Leadership Summit was held Presidents’ Day Weekend in San Luis Obispo, and was a rousing success.

I was fortunate enough to be part of the Student Summit weekend, and my outlook for ITE and the Western District has never been brighter.  The next generation of transportation engineers and planners has great ideas on how to improve our profession and how to improve mobility for all through the use of technology that is second nature to them.  They were eager to hear about the next steps in their careers.  And most importantly, they were fun!  A huge shout out to Cal Poly SLO undergraduate student Kaylinn Roseman, EIT, and her student committee, who organized this entire event.<

On the topic of outstanding work by Western District members, I also want to recognize Erik Ruehr, PE, from the San Diego Section, who was able to bring California ITE members to a general agreement on the wording of an official Western District ITE response letter to the California Office of Planning and Research (OPR) regarding Senate Bill (SB) 743.  Key provisions of SB 743 include reforming California Environmental Quality Act’s (CEQA) traffic analysis methodology for infill projects and the intent to eliminate the measurement of existing auto delay, including Level of Service, as a metric that can be used for measuring traffic impacts in transit priority areas.  Erik was appointed Chair of the SB 743 Task Force on January 22.  Within 23 days he had drafted three revisions of the District’s response letter to the OPR, each of which revision had been commented on by members of all seven ITE sections in California with varying opinions on the matter.  The content of the final submitted letter is discussed below.

I’m proud to be a part of this active group of transportation professionals and emerging leaders.  As announced at the beginning of the Student Leadership Summit, “There are no brakes on the happenin’ train!”  (I wasn’t exactly sure what that meant, so I hope I used it in context.) 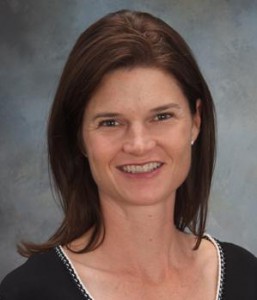