Authorization of the Interstate System was a political victory that resulted in enormous societal benefits of safety and mobility. It stimulated economic and lifestyle developments such as franchised motels and fast food eateries, freight pick-up and delivery for communities not served by rail lines, and just-in-time delivery of goods that turned trucks into rolling warehouses. It also inspired technological innovations for the physical components of modern highways – pavements, bridges, and roadside elements.

The AASHO (now AASHTO, American Association of State Highway and Transportation Officials) Road Test is a key example of research related to Interstate construction.   A 7-mile track consisting of six loops and a tangent section and including sixteen short-span bridges was constructed in Ottawa, Illinois. The two-lane track was divided into 836 sections, including equal numbers of concrete and asphalt sections, each using a different surface, base, and subbase design. From October 15, 1958, until November 30, 1960, soldiers drove 81 Army trucks of several axle configurations, carrying various loads of concrete blocks, around the track 18 hours a day. Based on the observed performance (or failure) of the pavement sections, researchers were able to develop equations relating anticipated loading to pavement design. The straight section of the test track was ultimately incorporated into Interstate 80. Manufacturers also developed increasingly sophisticated paving equipment. According to the American Road and Transportation Builders Association (ARTBA), in 1950 the record for a day of concrete paving was 4,700 feet of an 11-foot-wide section. Slipform pavers introduced in the late 1960s laid 1.5 miles of four-lane pavement on I-5 in California in 13 hours. By 1974, the record was 4.7 miles of a 24-foot-wide section placed on Interstate 80N (now I-84) in Idaho, a feat accomplished in 23 consecutive hours.

Testing of highway components has continued in various formats. The National Cooperative Highway Research Program (NCHRP) was established by the Highway Research Board in 1962 to sponsor studies and disseminate the results. The National Research Council operated the Strategic Highway Research Program (SHRP), a five-year program begun in 1987. Among its many results was Superior Performing Asphalt Pavement (Superpave), a system for designing asphalt pavements appropriate to local climate and traffic conditions. FHWA sponsored construction of the WesTrack facility in Nevada to test 26 asphalt pavement designs, including Superpave mixes. Beginning in March 1996, four robotic, 152,000-pound trucks drove a 1.8-mile-long loop track up to 22 hours a day, seven days a week, for two years. In mid-2006, the Transportation Research Board (TRB) began a new five-year program, SHRP 2, sponsoring additional research to improve highway performance and safety. Like the original SHRP, the new program includes not only pavement initiatives, but also topics such as testing and evaluation, highway capacity, operations, and bridges.

Improved pavement and bridge designs make highways more functional and durable. Roadside features, the other major area of Interstate innovation, are directly related to safety. In 1955, President Eisenhower cited the appalling number of highway crash injuries and fatalities as one of four justifications for the Interstate System, which would be designed to enhance safety.

Adequate sight distance on horizontal and vertical curves, and the absence of intersections and at-grade railroad crossings are examples of safer design elements. The focus broadened in 1960, when Kenneth Stonex presented a paper titled “Roadside Design for Safety” at the Highway Research Board meeting. He pointed out the hazards presented by objects such as blunt guardrail ends, rigid support poles for signs and utilities, trees, steep side slopes, and unsafe ditch sections.

Several strategies have evolved for making roadsides safer for errant vehicles. One is providing a clear recovery zone by eliminating unnecessary objects near the road. Another is shielding necessary objects with barriers that decrease the severity of an impact. This has given rise to various designs of concrete barriers, guardrails, and guardrail end treatments. A third strategy is making the objects themselves less damaging to impacting vehicles. This has produced innovations such as breakaway sign supports and utility poles, and flatter slopes for medians and embankments. Finally, devices such as raised pavement markers and rumble strips can alert drivers that they are about to leave the roadway, giving them time to correct their path before striking an object.

With increasing experience, new technologies, and changes in vehicle characteristics, highway design standards have continued to evolve. In some cases, unusual site conditions have inspired innovative designs that still meet the standards. One example is a 12.5-mile section of Interstate 70 through Glenwood Canyon in Colorado; the environmentally sensitive site was preserved by constructing a cantilevered roadway using cranes mounted atop the canyon walls. A portion of Interstate 10 in Phoenix was built below grade and covered with a park. Portions of Interstate 75 in Florida include underpasses to allow wildlife to cross safely. The environmentally sensitive Interstate Highway H-3 in Hawaii includes long-span viaducts up to 100 feet high; completed in 1996, it was the most expensive Interstate project to date, costing $100 million per mile. In comparison, the average estimated cost of Interstate highway in 1956 was $700,000 per mile. 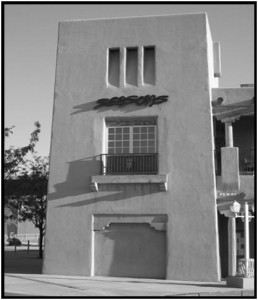 Jerry Hall, professor of Civil Engineering at the University of New Mexico, has served District 6 as president & international director.

Loretta Hall, a member of the Construction Writers Association, is a freelance writer concentrating on engineering and construction.

The authors can be contacted at:

This is the 13th in a series of articles tracing the development of the Interstate Highway System.