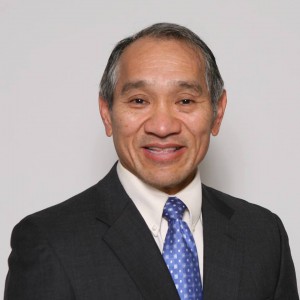 The following summarizes ITE’s International Board of Direction (IBOD) meeting held October 20-21, 2018 near Scottsdale, Arizona. This was my last meeting of my three-year term representing the Western District. The Board consists of 15 voting members that, besides myself, includes the Institute President Michael Sanderson and Directors Karen Aspelin and Carlos Ortiz from the Western District

All but one of the 15 IBOD members favored moving ahead with creating a Rocky Mountain District out of the Western District, and the following motion was passed with my own being the lone opposing vote:

Sections will no longer be allowed to collect local dues from section affiliates, who are non-ITE members wishing to be active at the local section level without paying  the higher Institute or District dues rate. The transition of Section affiliates into full members will occur as follows:

The Florida District is developing a reorganization plan to be approved and signed by its board at their November annual meeting. The current Florida Section will be divided into multiple sections. The boundaries of current chapters in Florida will be modified as well.

The Missouri Valley Section will be converted to a new district. The remainder of the Midwestern District, consisting of Illinois, Wisconsin, Minnesota, North Dakota, and South Dakota, will be merged with the Great Lakes District to create a newly consolidated district.

An Industry Council will be created with members consisting of firms, not individuals.

Executive Director Jeff Paniati reported that the 2017 audit resulted in about $800,000 net revenue. The preliminary financials indicate 2018 will be closer to break-even. Contract and grant work conducted by staff for other agencies is down this year, but sales of Trip Generation have been good.  He noted that ITE’s revenue breakdown is this: Dues 36%; Services 29%; Meetings 13%; and Products 22%.  Expense distribution is Salaries and Administration 55%; Operations 25%; Products 10%; and Annual Meeting 10%.

A 2019 break-even budget is being developed. For 2019, ITE will release a new edition of Parking Generation which should boost revenues. However, 2019 will also be a year that the Institute will be subsidizing sections as they transition their section affiliates into Institute members, which would raise expenses.  The reserves-to-annual expenditures ratio is at about 35%, and will soon be at 42%. The goal is to be at 75%.

The Board directed staff to develop a policy on creating the Undergraduate Minority Scholars Program, which would issue one scholarship each year to a low-income first generation minority student entering college.

ITE’s current initiatives are in the fields of Transportation and Public Health, Vision Zero, Smart Communities, and Connected/Autonomous Vehicles, each with a task force. Vision Zero’s task force will be sunsetted. A possible new initiative would be Mobility as a Service, which includes ride-hailing, bike-sharing, and e-scooter sharing services.

The ITE position on Connected/Autonomous Vehicles was reviewed by the CAV Steering Committee. Comments were both positive and negative. A revised version to reflect most of these comments has been developed by ITE staff.

Student Leadership Summits, an idea first hatched at the Cal Poly San Luis Obispo campus in 2014, have been held in the Midwestern, Northeastern, Florida, Texas, Canadian, and now the Global District. University students gathered in Melbourne last September, and plan to hold another event next year.