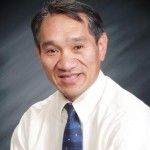 On February 4, 2011, Western District Board members, committee chairs, section leaders and guests met at the Bahia Resort on Mission Bay in San Diego for the 2011 Western District Mid-Year meeting. Among the honored guests in attendance was International Vice President Rock Miller who provided International ITE’s perspective on the state of the Institute and transportation.

To set the mood for the day, President Edgar Perez opened the meeting by asking the committee chairs to each read a paragraph from the Western District Strategic Plan so that all present were reminded of the direction approved by last year’s Board. He then described the recent Board changes due to International Director-Elect Jennifer Rosales’ move out of our District. Past President Michael Sanderson was appointed to replace her by Board vote on September 22, 2010, and his 3-year term began January 1, 2011. Monica Suter, whose term as Past President ended June 2010, was appointed to serve another term as Past President effective January 1. Monica was also appointed as Advisory Committee Chair, effective through winter 2012.

Vice-President Alyssa Reynolds and Secretary-Treasurer Walter Okitsu provided updates on the current state of the Western District budget. A net deficit of $25,395  was projected for this fiscal year, requiring a dip into the District’s reserves. To avoid increasing the deficit, the Board will continue to monitor travel expenses and chose not to provide financial support to the Western District candidates for International Vice-President.

Michael Sanderson, who held the role of Past President through the end of 2010, obtained Board approval for responsibilities of the new Public Relations Committee Chairperson. President Perez will invite applicants and make an appointment for this new position.

The District’s three International Directors: Ken Ackeret, Dalene Whitlock, and Michael Sanderson provided summaries of their activities over the intervening months between Board meetings.

In her District Administrator’s report, Jenny Grote described progress she and Alyssa Reynolds made revising the Local Arrangement Committees handbook and updating the Western District Awards descriptions. Jenny submitted, and the Board approved, the Hawaii Section charter and bylaws, the Colorado-Wyoming Section bylaws, and the University of Colorado-Denver Student Chapter charter.

Technical Committee Chair Karen Aspelin informed the Board that for the five student data collection project spots, 18 applications were received from 15 student chapters. Selected were Montana State, BYU, and the Universities of Washington, Hawaii, and Nevada Reno.

Joe de la Garza, Membership Chair, reported the net addition of 50 members, a 1% increase, but a 3% decrease in voting members. The San Francisco Bay Area Section increased by 40 voting members, Alaska increased by 22%, while the Nevada Chapter lost 20 members. We have 1,083 students out of 5,219 total members.

Janna McKhann of the Vendor Committee reported her efforts on the Anchorage and Santa Barbara vendor shows. She contacted IMSA regarding possible coordination of 2013 Phoenix meeting dates.

Endowment Fund Committee Chair Cathy Leong stated that the endowment fund has grown to $250,000. Of that, $200,000 was transferred last fall from a savings account into an investment account, with 30% going into securities and the rest into fixed income investments. She is working on a fundraising raffle to be held at the Anchorage meeting.

The San Diego Section was the only respondent offering to host the 2016 Annual Meeting. They will make a presentation at the Anchorage Board Meeting.

Mark Spencer, San Francisco LAC Chair, reported net revenue of $10,475 from the 2010 Annual Meeting to be donated to the Student Endowment Fund. Anchorage LAC Co-Chairs Anne Brooks and Joann Mitchell outlined the registration cost matrix for the 2011 Annual Meeting and provided Board members with sample duct tape clothing items to be worn at the duct tape-themed banquet.

The Board concluded its meeting on time, and afterwards attended a beach party hosted by the ITE San Diego Section.