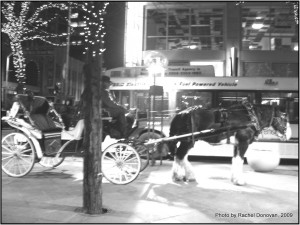 On February 6, 2009 the Western District Board, commit-tee chairs, section leaders and guests met at the Sheraton Downtown Den-ver, in Denver, Colorado, for the 2009 West-ern District Mid-Year meeting. A total of 27 people were in attendance including Ann Brooks, 2011 LAC Chair, who participated via phone from Anchorage, Alaska. The meeting lasted the full day and included reports from each of the Board’s officers, the District International Directors, the District Administrator, Committee Chairs and some of the Presidents/representatives from different sections within the District. Also in attendance was International President Kenneth H. Voigt who reported on the state of ITE and provided advice and insight as to how to better serve our members.

President Monica M. Suter opened the meeting by thanking everyone in attendance for their dedication, sacrifice and efforts made to serve the members of the Western District. She reported on her activities since installed as District President in August 2008. Monica described her travels to several sections and several chair appointments made. During her travels she presented Presidential Proclamations to Karen Aspelin of the New Mexico Section, Larry Wymer of the Northern California Section, Robert Sweeting of the Central Coast Section, and Edward Krulikowski of the San Diego Section.

Vice-President Michael Sanderson reported on the meeting for transferring financial accounts, held in Billings, Montana, as well as the net District income for FY 2008 of $35,665. Michael took over as chair of the WesternITE oversight committee, coinciding with the beginning of Rachel Donovan’s term as WesternITE Managing Editor. Michael provided a draft of the District 6 Leadership Directory for review by all present at the meeting. He also discussed issues related to the Financial Management Subcommittee. New recommendations were presented and approved, including annual audits of district finances by a professional financial auditor as well as a monthly review of the status of the financial accounts by the District Vice President.

Secretary-Treasurer Edgar Perez shared the income and expenses for the District during the last quarter of 2008 and reported the total balances of the District’s checking, savings and Student Endowment accounts.

Past President Jennifer Rosales, as the nominating committee chair, presented the committees’ slate of candidates for officers for the upcoming year:

International Director Randy McCourt presented a report of his recent two International Board meetings and highlighted the ITE Strategic Plan, which is “to bring together transportation’s body of knowledge and professional voice for the benefit of society.” He also pointed out new ideas for the District to improve membership as well as some concerns with respect to potential decreases in membership and participation from the public sector. A potential joint meeting with the Midwest District in 2014 was discussed and well received by the Board. Randy presented a resolution for approval by the Board to be presented to ITE HQ requesting the research and development of web products and tools to be able to serve and inform our members more efficiently.

Rachel Donovan, WesternITE Managing Editor, thanked current contributors for submitting quality articles and the past WesternITE editors for establishing a tradition of excellence. All future submittals for the newsletter should go to editor@westernite.org. Several options were discussed to produce an online interactive version of the  newsletter in the near future.  It is hoped that the first online newsletter will be available for the September-October 2009 issue.  Some Board members favor eventually switching to a strictly online circulation of the six-times-a-year newsletter.  Randy McCourt suggested that a printed summary version could be sent to the members via mail once or twice a year.  The current WesternITE circulation stands at 3,829 issues.

Nate Larson, WesternITE Advertising Coordinator and 2009 Denver LAC Chair, presented his report. Advertisement in the WesternITE has decreased due to the economy but that it is expected to improve with time. Nate also reported on the status of the planning efforts for the 2009 District 6 meeting in Denver. An excellent technical program, several technical tours and family activities are planned. The cost of the meeting registration was discussed and agreed to be kept at a maximum of $350 for full early registration even if it means having to offset the costs with additional funds from the District.

France Campbell, District 6 Web Manager, indicated that the registration for the annual meeting will be available on-line and that the number of users of the website has increased by four times since 2002.

Karen Aspelin, District Technical Chair, indicated that there are 9 candidates for the Wayne T. Van Wagoner Award. Winners will be announced at the Annual meeting in Denver. Administration of the Data Collection Fund was one of her more time-demanding duties.  Students at five universities have been awarded the $1,000 grants for data collection. 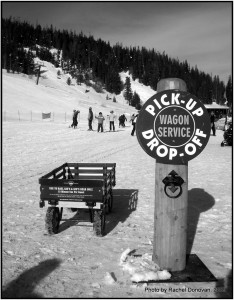 Ken Voigt, International ITE President provided updates and indicated he was pleased to attend the mid-year board meeting for District 6.

Walter Okitsu, Licensing and Certification Chair, noted that a bill to create a practice license for Professional Traffic Engineers in California is likely to come out soon, and opposition is expected.

Patricia Camacho de Cano, Career Guidance Chair, proposed an Ice Cream Social for mentors and mentees to be held at the Denver Annual meeting. This proposal was approved by the board and may continue as a tradition for future annual meetings.

Alyssa Reynolds, Student and Faculty Initiatives Committee Chair, shared her work to have schools match funds for sending students to the annual meeting.  The Board approved a change to the previous policy for awarding funds to the students with the winning proposal for putting on the James H. Kell Competition.  Starting this year, the  $1,500  in funds will be given to students as soon as possible after the winning proposal is selected, rather than waiting to award the funds at the time of the Annual Meeting.

Cathy Leong, Student Endowment Fund Chair, provided the status of the Endowment Fund and indicated her willingness to keep track of the fund, relieving this responsibility from the District’s Secretary-Treasurer. 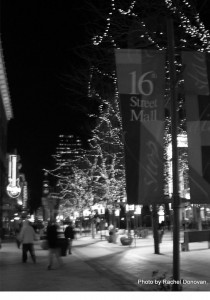 The next Western District Board meeting will be on Sunday July 12th, 2009, at the Sheraton Downtown Denver, in Denver, Colorado.